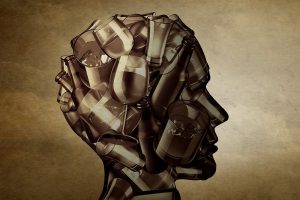 Recovering alcoholics face significant challenges in changing their habits, due in part to the way the brain adapts to the regular presence of alcohol. A University of Texas at Dallas neuroscientist is trying to pinpoint these neurological changes at the microscopic level and, in the process, learn more about the nature of addiction.

Dr. Sven Kroener, associate professor of neuroscience in the School of Behavioral and Brain Sciences, received a five-year, $1.7 million grant (R01AA028861) from the National Institute on Alcohol Abuse and Alcoholism, a component of the National Institutes of Health (NIH), to examine the synaptic changes that are present in individuals with compulsive alcoholism. Synapses are gaps between brain cells, or neurons, where molecules called neurotransmitters pass electrical and chemical signals from one cell to another.

“We’re trying to provide a better understanding of the neurotransmission side of the compulsions that define addiction, to understand which neurons are relevant on the network level,” Kroener said.

He said changes in an addicted person’s brain persist beyond the initial withdrawal period.

“These persistent neuroadaptations increase alcohol’s incentive salience — the motivation to seek rewards through alcohol,” he said. “The desire to seek out the addictive substance escalates as someone tries to quit.”

With the new funding, Kroener will focus on changes in the medial prefrontal cortex and deficits in cognitive function associated with alcohol use.

“These deficits fuel compulsion and relapse into alcohol consumption,” he said. “We hope to find the specific synaptic mechanisms that yield these changes in the brain as it transitions from controlled alcohol-seeking to a compulsive behavior.”

Experiments in the study will be conducted on mice and will use a technique called optogenetics, which uses light to selectively impede the activity of neurons.

“We can select neurons to ‘trap’ during the drug-taking behavior,” Kroener said. “Then, by activating or inhibiting the activity of those cells, we can see whether that influences the animals’ behavior.”

The experiment relies on a test concept, modified for rodents, derived from the Wisconsin Card Sorting Test, which has been used for more than half a century to measure frontal lobe dysfunction.

“The task focuses on cognitive flexibility, which is the ability to change between rules to complete the task successfully,” Kroener said. “Schizophrenics and individuals addicted to certain drugs both struggle to hop back and forth between criteria for card sorting due to frontal lobe dysfunction. We’ve transposed this concept into a maze for the mice.”

Kroener hopes that the experiments will yield information about the network and synaptic mechanisms that cause cognitive functions governed by the medial prefrontal cortex to degrade due to chronic alcohol exposure.

“In the last couple of years, we’ve realized that even within certain brain areas, not all neurons do the same thing,” Kroener said. “Only some neurons in the prefrontal cortex will be involved in drug-taking behavior, for instance. We’re hoping to pin down better which neurons factor into these abilities and to use optogenetics to look at how these brain cells have changed in their function. But more crucially, we hope to be able to tell which neurotransmitter these neurons use.”

“We hope to find the specific synaptic mechanisms that yield these changes in the brain as it transitions from controlled alcohol-seeking to a compulsive behavior.”

Kroener said glutamate — a neurotransmitter crucial to synapse changes in the central nervous system — is of particular interest because it could be targeted with pharmaceutical intervention.

“If we’re right that glutamatergic transmission is relevant, that’s something we can more specifically target with drug therapy,” he said. “While those medications wouldn’t target just one region of the brain, we would at least have an intervention that’s pharmacologically more targeted to the process.”

Kroener and other researchers are focused on the goal of understanding more about the molecular nature of addiction. In another project, funded recently by a five-year, $1.96 million grant from the NIH’s National Institute on Drug Abuse, Kroener is investigating the use of vagus nerve stimulation on the prefrontal cortex of rats to extinguish drug-seeking impulses that trigger relapse.

“I’m excited to get started with these,” Kroener said. “It’s something we’ve been working on for a long time, and it is finally bearing fruit. But there are a lot of dots that still need to be connected.”